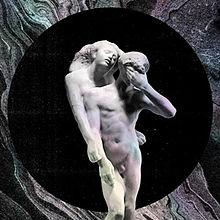 The Canadian based band Arcade Fire have released their first single, the album’s title song “Reflektor”, alongside an incredibly visually attractive and interactive music video, providing a wonderful glimpse of their up-coming album. The title track is also the first track on the album, and through it’s musical composition and lyrical arrangement, the band gives us an astounding perspective on how they have continually improved their sound while staying true to their previous work.

Here’s a quick break down of why Arcade Fire’s new album will be worth the listen.

“Reflektor” immediately launches into an irresistibly catchy tune almost impossible to keep from tapping your foot to, or straight up dancing.

The first verse opens with Win, the lead male vocalist and husband of lead female vocalist, Regine Chassagne. “We fell in love, alone on a stage in the reflective age,” Win sings. Regine responds in the Pre-Chorus singing in French, “Entre la nuit, la nuit et l’aurore. Entre le royaume des vivants et des morts,” roughly translated as, “Between the night, night and dawn. Between the realm of the living and the dead.” The husband and wife duo sing to each other before the Chorus, implying the concept of their love as being a distortion via the reflector.

Verse 3 then examines how the medium, in which this very song is presented, distorts the original, “Our song escapes, on little silver discs. Our love is plastic; we’ll break it to bits. I want to break free, but will they break me down?”

Here the couple specifically points to how their music in Verse 1 literally “escapes” onto these mediums in the form of CDs, and even worse, digital files.

Ultimately, the song ends by placing the interpretive responsibilities in the listener’s lap. The interactive video specifically does this as at the end of the song the video is totally under the listener/viewers control. “It’s a Reflektor, just a Reflektor, Will I see you on the other side?” Arcade Fire has given us an amazing single that stands by itself as a remarkable achievement in creating a statement on the connection between the musician and audience, a connection that has been degrading ever since the evolution of digital file sharing. Will you see Arcade Fire on the other side?

Starting off our introductions with our Managing Editor Kat Finney. Scroll to find out more about Kat and her life outside the review. Remember to keep submitting. Deadline is October 15th.
Stay tuned this week as we introduce you to each member of our editorial team for this year. We are excited to read your submissions, and hopefully we get to publish your work. Remember the deadline is October 15th. Happy submitting!
If you’re not a writer don’t worry, the Sequoya Review also has an art portion of the journal. Be sure to read through all the directions and if you have questions regarding art submissions feel free to contact the email listed above as well. Happy submitting everyone!
Good afternoon everyone. Submissions for the Sequoya review are officially open. You can find the link to our website in the bio where you will see guidelines for each genre as well as a link to submit your work. Submissions are due October 15th. Good luck, and happy submitting!
TAKE A STUDY BREAK this Reading Day and join us for the Sequoya Review 2022 Celebration! You’ll be the first to hear this year’s stories and poems read by their own authors. It’s also over Zoom (link in bio), so coffee, tea, and blankets are highly encouraged ;)
The time is finally here! We’re so excited to unveil this year’s Sequoya Review, and we can’t wait to celebrate it with you.